The color theory behind this crow watercolor painting Karolina finished earlier this winter inspired by an ink drawing from Inktober.

I’m good at motivating myself, so I took a look at how that happens.

Karolina’s urban sketching watercolor paintings are in an art exhibition at L’Entrepot on the Lachine Canal until November 10. Photos & thoughts.

OIAF 2019 Animation Screening I have some exciting news! Ever since the start of the U m a m i Animation YouTube channel, I’d be getting more involved in doing something I said I’d “never do” – animating. I worked on some portions of the script & some of the human faces in this animation … Read more 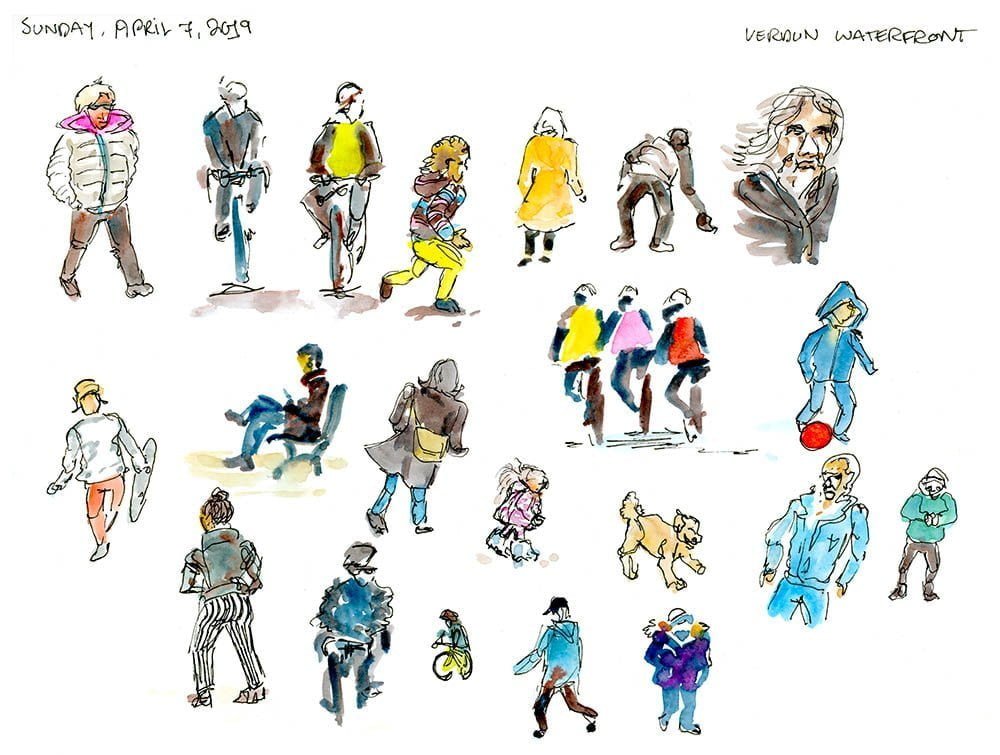 One Week 100 People is an art challenge where, over the span of a 5 day work week (or 7 as a normal week), sketchers draw 100 people – roughly 20 per day. I first learned about this challenge from a local sketcher friend, please have a look at his work and blog! 🙂 I … Read more

I got a book about felt painting for Christmas. Here is my first learner project & book review.

One of the funny tricks my mind plays is confusing thinking through doing something versus actually doing it. Well, I swore I posted all my urban sketches and en plein air paintings, but I guess I didn’t!

Lets start with a few from October, 2017. Around that time of year, I went to visit some family and Nova Scotia and took my painting supplies with me. I’ll likely do this from now on, since visiting Nova Scotia and not painting might as well be a crime…what a beautiful piece of Canada.

This is one of my favourite spots to revisit every year, and so I will leave it vague as to where it is. Only locals really know how to get there, and I think it should stay that way instead of being trampled by selfie-taking tourists. Not that there isn’t an abundance of landscape at any stop in the road, should you choose to paint yourself. Just this place in particular…is special. This painting was completed entirely on location in about 2-3 hours.

Time for your opinion. I’ve been trying the Flemish painting technique recently, which involves using a greyscale layer to build values, then glazing colour over top. I’m working on this painting with oils.   Over the last month, I’ve collectively already spent about 14 hours on this image. I wanted to get things just right … Read more